Bleeding gums! Why does it happen, what does it signify and how do I get rid of it?

If your gums bleed, probably the first time you noticed it was after brushing. You were about to spit the mixture of toothpaste and saliva when you saw a brownish/red color! That probably gave a big scare. why are my gums bleeding?

Gums start bleeding when they are puffy. Improper oral hygiene leads to inflammation of the gums. As a result of inflammation, gums get puffy and super sensitive to touch. The lightest touch can cause the gums to bleed. So when you are brushing, the touch of the toothbrush will instigate the bleeding. Your mouth is full of bacteria that are looking for an opportunity to cause damage. One other sign of bad oral hygiene is visible plaque on your teeth. Teeth color will start to change, and gum might get so puffy, that they will start overgrowing. That is specially likely to happen if you are in braces.  Once progressed enough, you teeth will look shorter because they are covered by your gums.

Remember, the general rule of thumb is, if you have bleeding gums, bad breath, or loose teeth, you have gum disease and you need to see a dentist.

Here are 7 things you should do if your gums are bleeding: 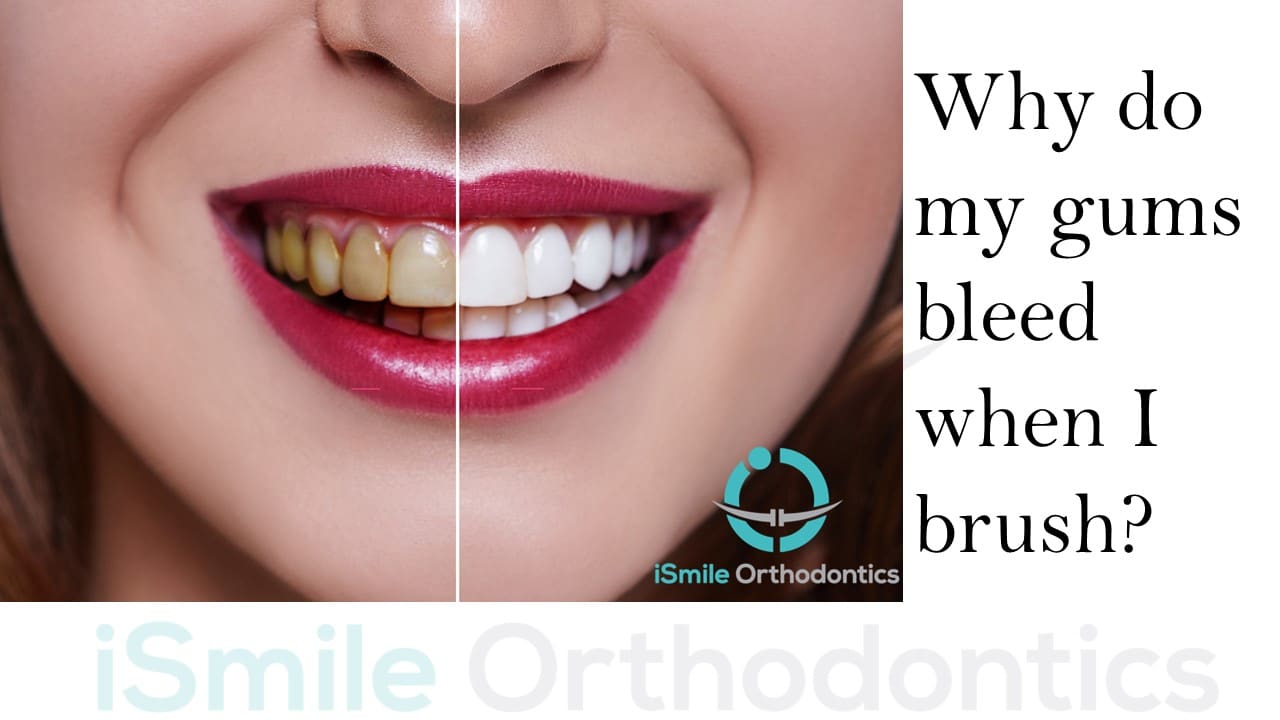